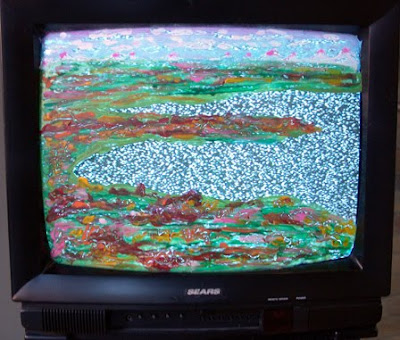 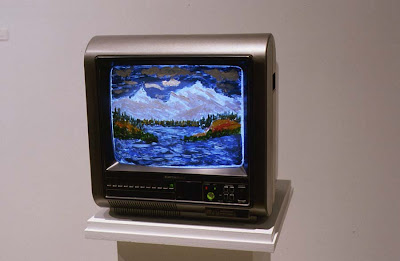 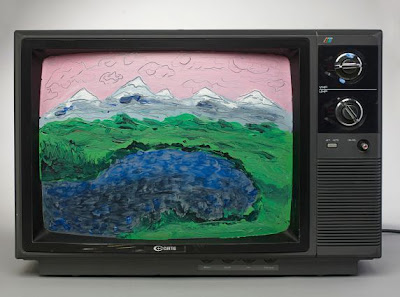 I just recently took a trip to the Museum of Contemporary art in Chicago and saw a huge exhibit on Iain Baxter&'s work. The pieces of art that I found facinating were his paintings of landscapes on old television sets. Behind the paint the television screens are on but malfunctioning. Some of the screens have television static, some are jumpy, some have lines moving vertically, but each one mad the landscape painted on seem like it was in motion. Baxter& truely presents a new take on the 'static' image. I thought it was kind of earie with it being completely quite in the gallery except for the sound of staticy TVs.
Posted by Anna G at 7:56 PM