In the same way that our class has an emphasis on playing and having fun with clay, Jeffrey Vincent  plays with paint and imagery in a similar fashion. His paintings are vibrant and fun, they lack "fussiness" standing somewhere in the realm of figurative abstraction. 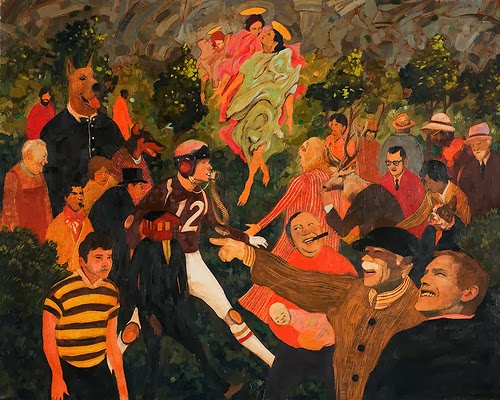 The subject matter of his paintings are usually pretty bizarre and almost collage-like in their chaos but remain lighthearted and humorous. The way he throws together so many figures combined with such bright colors gives some of his super busy paintings almost a party atmosphere. This is pretty hilarious because he frequently paints people from pop culture, saintly or historical backgrounds intermingled with strangers. 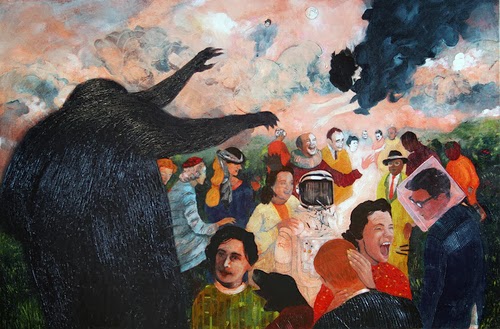 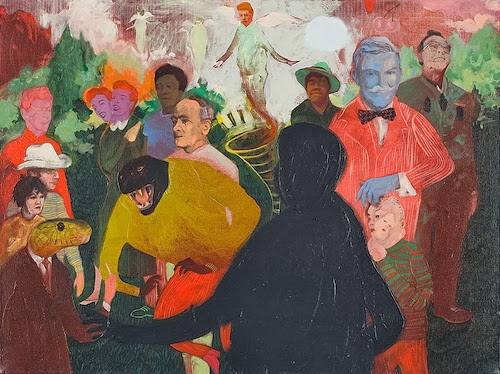 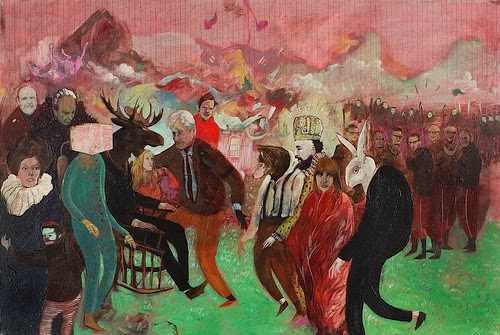 His skill with such highly saturated color is pretty astounding considering how much is going on in all his paintings. The high saturation and application of paint is very graphic and dynamic yet remains painterly.

As if his paintings weren't cool enough he also makes really sick sock monsters in his spare time. 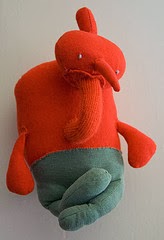 Posted by mollyalyce at 2:49 PM