Alberto Giacometti is usually characterized as a Existential Surrealist sculpture. We all pretty much know what surrealism is cause of artists such as dali but existentialism is a little less well known. To put briefly Existentialism is a way of thought that says there is no god and human are a completely usless creature on this earth. I always enjoy this style of art because of how trippy yet truthful to our society this style of art has a tendency to be.  Giacometti in particular stands out to me one, because his work consists of large scale cast metal sculptures and two, because of his use of the human form. one of his friends is quoted saying that if Giacometti did a sculpture of you your head would end up being the width of a knife blade, which is a very accurate description of his style. the bodies he creates and usually pencil thin and yet still man sized. even with such a stylized almost shadow like approach to the figure he manages to catch the correct movements of the body which give as emotion. That emotion seems to generally be a deep sense being lost and alone, even in the midst of a crowd. here are some examples of his work. 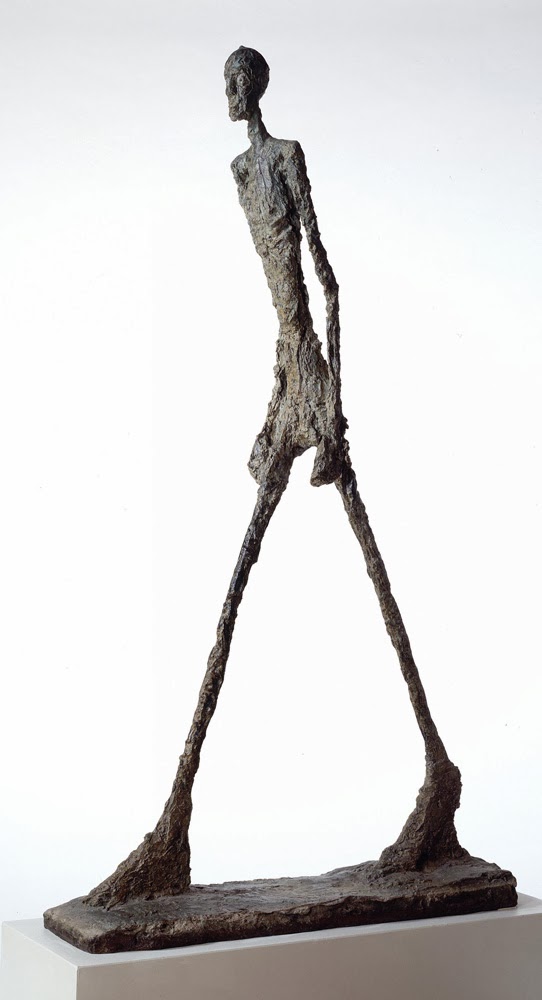 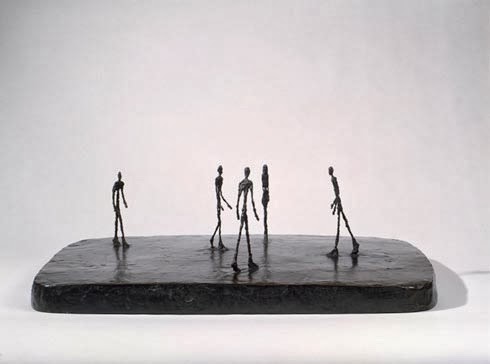