Drawingmachine by Eske Rex (and Spirograph)

I love math and geometric shapes and everything that goes with so my inspiration of the week is spirograph:

Spirograph, of course, being that lovely and frustrating toy (first produced in 1969 -it's a classic) that draws really cool shapes when you put a pen in a gear and move it around a circle (more information)

Eske Rex created the kinetic sculpture "Drawingmachine" which is basically a gigantic spirograph powered by two weighted pendulums, even though he claims to have never heard of spirograph when he made it. It's pretty darn cool and produces stuff like this: 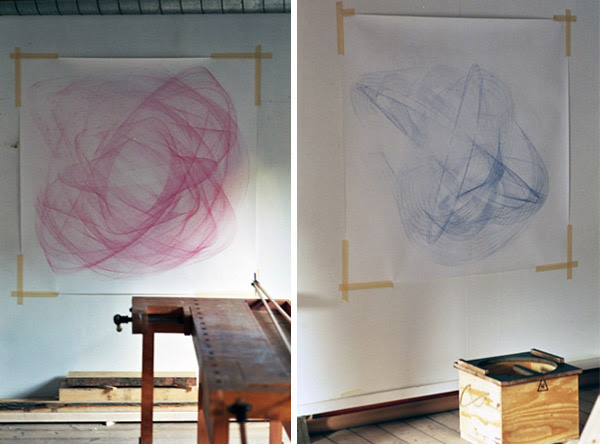 click here to see Drawingmachine in action
Posted by Erica at 9:03 PM