From Ceramics Today, "American ceramist Kathy Butterly earned a BFA at Moore College of Art in 1986 and an MFA at the University of California, Davis in 1990. Her awards include the Evelyn Shapiro Foundation Grant in 1993, an Empire State Crafts Alliance Grant in 1995, an NYFA Grant in 1999 and the Anonymous Was a Woman Award in 2002. Butterly makes colourful mixed earthenware and porcelain, small-scale, semi-abstract, whimsical sculpture and sculptural vessels, many with bodily references. Some of her slip-cast and softly folded, twisted and assembled forms are vaguely reminiscent of American master potter George Ohr’s work."

Here are a few of her pieces that liked the most: 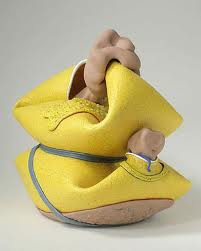 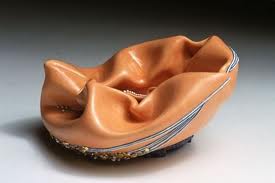 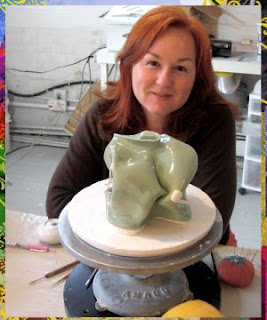 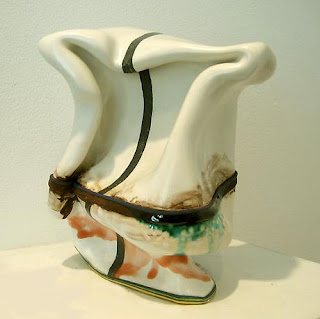 While these artworks don't have much function, they are unique and visually appealing. The folds that she incorporates into the clay are sleek and modern. Its hard not to stare at them and appreciate how smooth and defined the clay was sculptured, and to try and figure out what these pieces mean, if anything. I think what makes these so unique are the organic shapes she makes out of the clay. Its hard to replicate what she has done, even when they look so incredibly simple.
Posted by michellehand91 at 7:56 PM